With 2020 representing the Year of the Nurse and Midwife, BBC Radio Derby visited Royal Derby Hospital’s Maternity department early this morning to ask our midwives why they love doing what they do.

Different Maternity colleagues spoke with pride about the vital role they get to play helping our parents welcome their little ones into the world, during a tour of the Derby Birth Centre, Labour Ward and Ward 314.

You can listen to the BBC's broadcast in full here.

Midwives Tara Holmes-King and Marie Stocks told the BBC how they felt it was an “absolute honour” to assist new parents as part of their role in the Birth Centre, which is run by midwives and focuses on providing a homely environment for expectant mums undergoing less complicated pregnancies.

Marie added: “For me, it’s about being there in the moment with that woman for however many hours that she’s here. You are her advocate and almost become part of that family while they’re here, which is wonderful.” 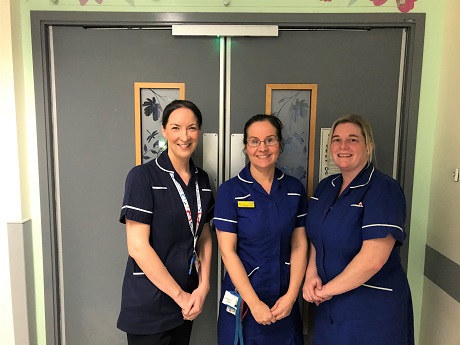 Mums are now able to receive care from the same small team of midwives throughout their pregnancy and after giving birth, with Claire Brackenbury, one of our Continuity of Carer Midwives, explaining that, as well as the patients, the midwives “really appreciated” building up these relationships too.

Over at Labour Ward, the BBC spoke to Brajna Casella and Joe Stoddart, who became first-time parents to son Remy last night, and insisted they “wouldn’t have been able to do it without these amazing midwives”. 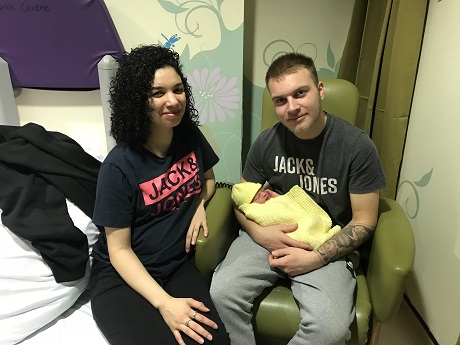 It’s this ability to make such a vital contribution that has inspired both Senior Midwife Jo Ryalls, who began her training in 1994 following a career as a nurse, and Rachel Shilvock, who qualified as a midwife here at UHDB seven years ago.

Rachel said: “I just love the privilege of being able to support women during such a memorable time in their lives. It puts a massive smile on your face when the baby is out and everything is alright – the baby is screaming, mums are crying, dads are crying. It’s an amazing experience.” 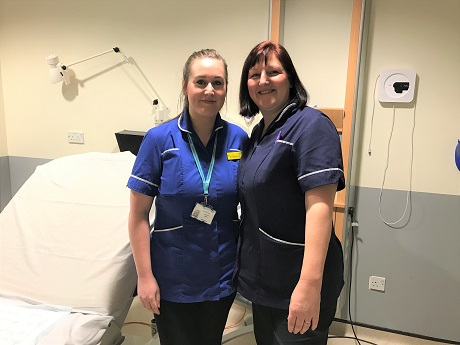 The BBC also spoke to midwives Jo Harrison and Hannah Purdy on Ward 314, which provides care for antenatal patients if they’re having any complications with their pregnancy and for new mums after they’ve given birth but are not ready to go home yet.

Hannah is currently enrolled in UHDB’s preceptorship programme and has received mentor support as part of the scheme since qualifying four months ago – having previously helped deliver 31 babies during three years of training.

She said: “I looked into midwifery after I completed my A Levels and completely fell in love, there was nothing else I wanted to do other than be a midwife.”

Are you a nurse or midwife here at UHDB? If so, we want you to take part in our selfie challenge, as part of the Year of the Nurse and Midwife celebrations.

All you need to do is record a 60 second video of yourself, explaining what it is about your role that you love and what inspired you to join the profession, and then send it to our Communications team. For more information, click here.