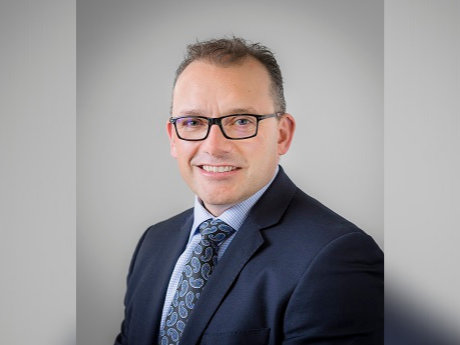 “It’s a genuine privilege to take on this role and my commitment to you is that I will give everything I have to support you.

“I live in East Staffordshire and Queen’s Hospital Burton is my local hospital, so there’s something special about living within the communities that we serve. It gives me an extra sense of pride knowing the lives you impact everyday through the care you provide directly impacts my community too.

"I'm honoured and lucky to be working with a bunch of fabulous people here at UHDB. Together with you, I want to create an environment where we do fabulous things and allow all of our people to do so.”

So today was a sad one for me personally and professionally as we said goodbye to the fabulous Cathy Winfield. Until my little recent move to the CEO office mine and Cathy’s offices were next door to each other. As you can imagine the roles of Chief Nurse and Medical Director are ones that work very close together so I’m losing both a friend and a strong source of professional advice.

For those of you who don’t know Cathy, and there will be very many of you who do given her dozen years plus here with 10 spent as Chief Nurse, she is someone who’s not afraid to tell it like it is. I think that is a trait of most nurses but one you definitely need if you’re Chief Nurse. Especially if you have to work with a bunch of doctors like me, who let’s be frank have needed telling quite a few times in their careers. I’m sure you nurses, midwives and AHPs know exactly what I mean.

A decade is a long time in life and probably feels longer in the NHS. It would be easy to just reel off the highlights…settling into the new Royal Derby, bringing the Burton and Derby trusts together, ITVs Superhospital, BBC’s Great Hospital Experiment, an MBE, volunteers at the Trust, CQC rated Good…the list would be endless.

So let me tell you my favourite anecdote about Cathy. Cathy is always eager to give me sound advice and share the benefits of her experience. Just as my motorbike journey had begun, as I was getting ready to go home, Cathy started a story. This story was about one of her close family members, who had been badly injured in a motorcycle accident. Cathy told me the story, described the protracted ICU stay and finished with a cheery “ride safe Mags…”.

We couldn’t let Cathy go without a bit of a socially distanced send off and this one had a plot twist as Professor Jacqueline Dunkley-Bent, Chief Midwifery Officer, who was here to present midwife Katherine Mabey with the CNO Silver Award, also presented Cathy with the CNO Silver Award on behalf of Ruth May. I can’t think of a more fitting send off for Cathy and I wish her well in everything she does.

Congratulations to Katherine for her award. Those of you who follow her on Twitter (@katherinemabey) will know she is a huge advocate for the service. Yesterday was International Day of the Midwife and it was great to celebrate all things maternity. I was struck reading a couple of UHDB staff stories on why people become a midwife. Natasha Stringer and Rue Kafamba both said that they became midwives because of the amazing care they had received during their own childbirth. My thanks to all our midwives through what has been an unbelievably difficult two years.

Earlier in the week I was at the Pirelli Stadium to help kick start cohort two of the reciprocal mentoring programme. Many of you who have been reading the blog for years will know that this is a joint exercise for the Exec Team to link up with a colleague who has protected characteristics so that we can learn from each other. In the first cohort I worked alongside Dan Walton-Ashmore and it genuinely had a profound impact on the way I work.

It links very much to what Michael West, who is a fellow for the King’s Fund, calls compassionate leadership. It’s a focus on relationships through careful listening to understand, empathise and enable those we lead to feel valued, respected and cared for. Ultimately so they can reach their potential and do their best work.

I hope this strikes a chord with you. That belief in listening with fascination to what another person is saying and coming to an understanding of what is causing the other person difficulty or pain or distress, then having an empathic response, and finally taking thoughtful or intelligent action to help them. If you think, how often have you had a conversation with someone where you get the feeling they’re silent politely waiting for their turn to talk rather than really listening to what you’re saying.

To bring it full circle, Cathy Winfield for me has very much been someone who listened, really listened, to what I was saying during our many passing conversations. Another reason I will miss her very much here.

So, my thanks as always for what you do. And if I could have one wish, it would be that we all take that time to listen to what each other is saying, have empathy, and then take thoughtful or intelligent action to help.