UHDB is taking part in an international clinical randomised controlled trial which aims to reduce the impact of stroke on patients and is currently the leading recruitment site in the UK.

The Tenecteplase in Wake-up Ischaemic Stroke (TWIST) trial aims to improve the long-term outcomes for patients who suffer a so-called ‘wake-up’ stroke, which has occurred while the patient is asleep, and presents itself when they wake up, by testing a clot-busting drug called tenecteplase.

The majority of stroke are ischaemic stroke, which are caused by a clot in the blood vessel that supplies the brain. Patients who suffer this type of stroke are often given clot-busting medicines to restore blood flow to the brain, and if this is administered within four-and-a-half hours of the onset of stroke symptoms, it can greatly improve the long-term outcome and recovery of patients. 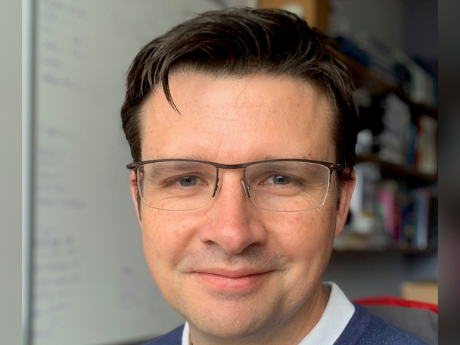 However, approximately 20 per cent of strokes occur when patients are asleep, meaning they first display symptoms when they wake up, and thus the time the stroke occurred is unknown. Patients therefore cannot receive the standard medication within the required timeframe of four-and-a-half hours.

Patients will have their recovery assessed after they are discharged from hospital, as well as a follow-up three months after to test their functional ability, memory, how they feel and whether they require additional help or support.

Dr Tim England, Clinical Associate Professor and Honorary Stroke Physician, who is leading the study at UHDB, said: “It’s a privilege to be able to offer our patients the opportunity to take part in this important research during challenging times. The success in running the trial at UHDB is a team effort, including input from trial coordinators and pharmacists, nurses and doctors.”

The trial has recruited more than 500 of a planned 600 participants worldwide and UHDB is one of 30 centres in the UK. The trial is funded by the Norwegian Ministry of Health and Carer Services, the British Heart Foundation, National Association for Public Health, Swiss Heart Foundation and Boehringer Ingelheim. The trial is sponsored by the University Hospital of North Norway.