A cervical cancer patient is reminding other women of the importance of going for a smear test.

Bec, who lives in Derbyshire, was diagnosed with cervical cancer in May 2020. As part of Cervical Cancer Awareness Week, she is also encouraging women to go for their smear tests regularly. 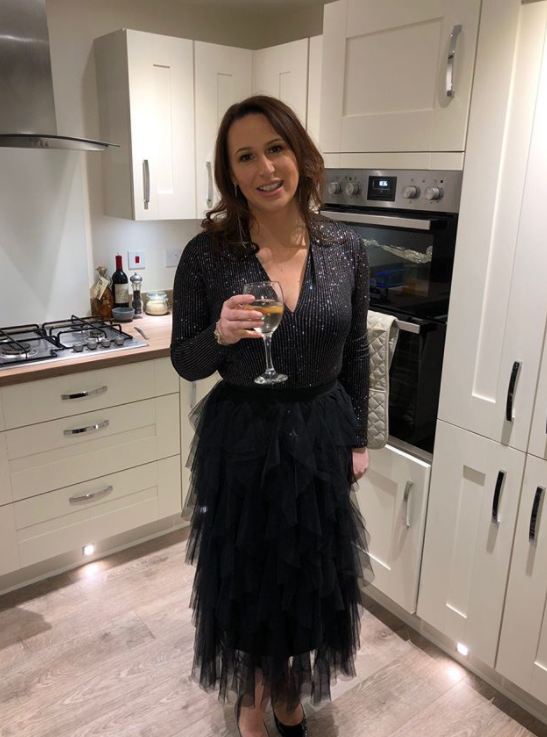 34 year old Bec said: “I was about due my regular smear test when I started experiencing heavy bleeding after intercourse. My smear test was due to be rearranged due to the covid-19 pandemic, but I knew something was not quite right, so managed to still get booked in for my test.

“Don’t be afraid or worried about going for your smear test. It is five minutes peace and quiet away from the rest of this crazy world and it is a lot less invasive than what I am now going to experience on my cancer journey.”

“When I eventually had the test done, the results showed there were a high grade of abnormal changes and I was called in for a LLETZ procedure, where they removed tissue for testing and treated some precancerous changes of the cervix. After this procedure, I was then sent for an MRI and a CT Scan. After I had received the results from the scans, that was when I was told that I had Stage 2 Cervical Cancer.”

Bec, who lives with her five-year old daughter continued: “Once I had it confirmed that I had cancer, it was one of the darkest times I have ever faced, I was filled with anxiety and constantly thinking the worse. There became a time when I decided I needed to change my mind-set and if I was to let the situation consume me, the treatment would not be as successful. I pulled my socks up and decided I just needed to get on with it and fight this disease head on with a positive attitude.

“I always work well with a plan and being organised, so when I received my treatment plan, I knew exactly what I was working with.

“Once my treatment begins, I am going to be having 5 weeks of Chemotherapy and Radiotherapy and 3 weeks of Brachytherapy. Brachytherapy gives a controlled dose of radiotherapy using a radioactive ball that is placed directly next to the cervix or at the top of the vagina.”

Bec, who is supported by the Gynaecology Oncology Team at Royal Derby Hospital, says: “The staff have been amazing – they are so upbeat and positive. Sam and Claire, the Gynaecology Oncology Clinical Nurse Specialists have been so supportive. I want to do everything I can to raise awareness of cervical cancer. I can’t stress enough how important it is to go along to your GP for a smear test when you’re called or if something doesn’t feel right. It could save your life.” 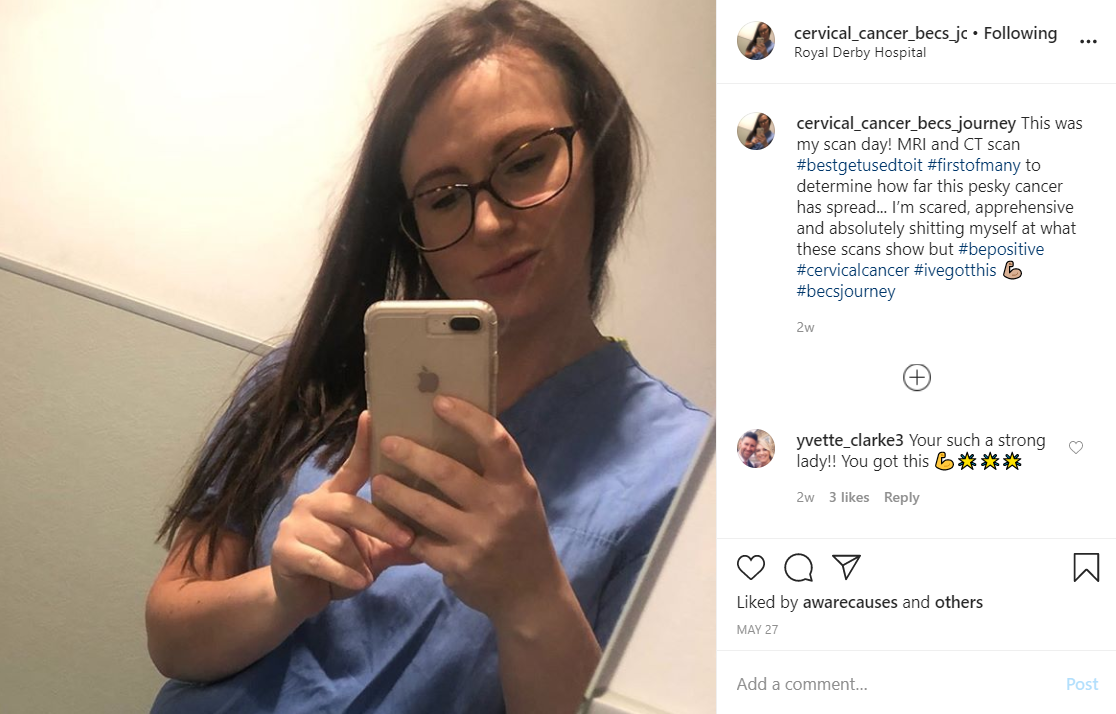 All women between the ages of 25 and 64 are eligible for a free cervical screening test every three to five years. If you are aged between 25 and 49 you will receive an appointment every three years, aged between 50 and 64 every five years and if you are above 65 you will only be screened if you haven’t had a smear test since the age of 50 or have had recent abnormal tests.

Screening is usually carried out by the practice nurse at your GP clinic.