An Emergency Department Worker at Royal Derby Hospital has been recognised for showing the importance of speaking up and showing the world there is no place for racism.

A tweet raised by Staff Nurse, Aldarico Velasco, after experiencing horrific racial abuse from a patient he was caring for, read:

His powerful tweet received more than 300,000 likes, with thousands of people getting in touch with messages of support from all across the world.

Gavin Boyle, Chief Executive at UHDB, awarded Aldarico with his monthly Making a Difference Chief Executive Award. Gavin said: “I wanted to present you with this to thank you for raising what is a really important issue. No colleague here at UHDB should be subject to racial abuse. If we just let it go by, then nothing will ever change.

“What I thought was great about your tweet and the response that it got right around the world is that everybody was touched by your philosophical response to what had happened. I think the fact that you courageously drew attention to to what had happened has been really helpful within the Trust and helped us to make everyone aware that there is no place for racism at UHDB.” 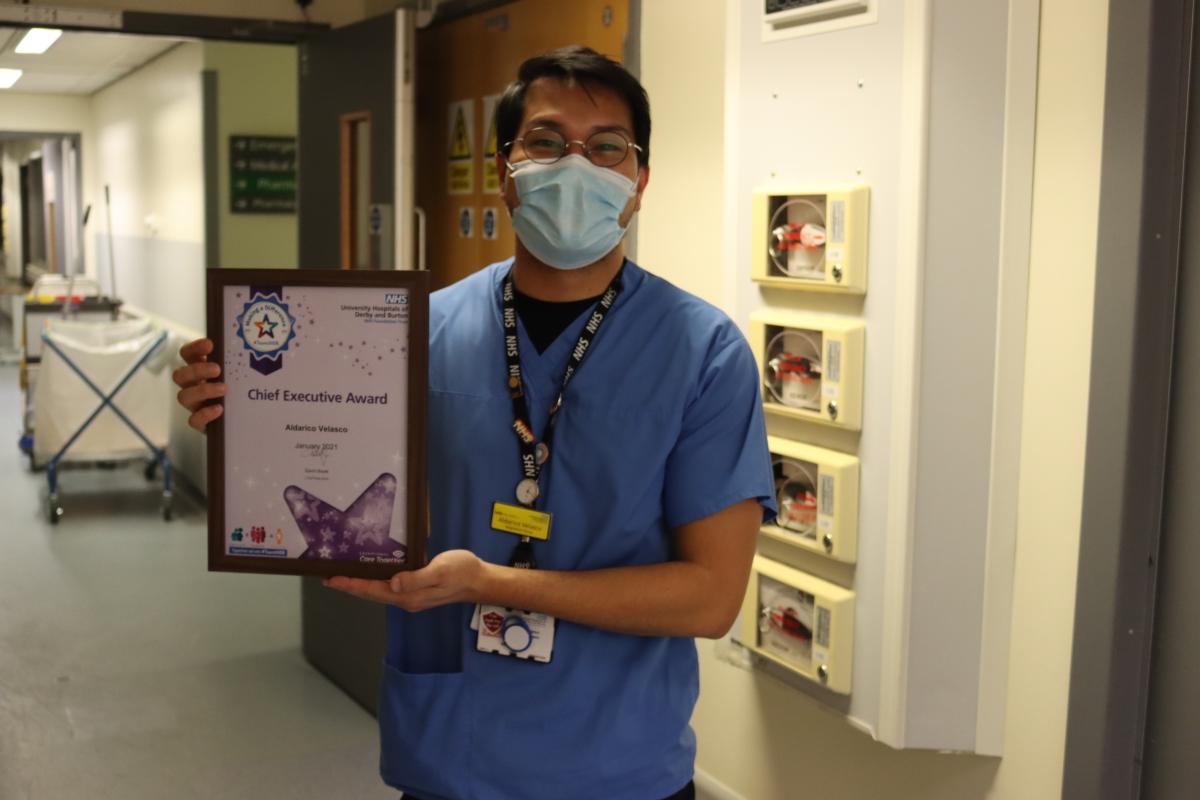 Aldarico, who is originally from the Philippines, said, “I’d like to thank my colleagues who supported me. When I got home after the incident, I was alone in my flat so there was no one to speak to in person about what had happened – that’s where the virtual world of twitter helped to support me! The responses I received, many from people I have never met before, made my Filipino heart very happy.

“My parents live back in the Philippines, I haven’t told them about what happened at work – it will upset them and they will want me to go back home to them."

Our staff dedicate their lives to helping people and continue to go above and beyond to provide care to our communities as they have done so valiantly throughout the pandemic. They deserve to be treated with respect and to feel safe in their work environment.

If you face abuse, do not accept it. If you see a colleague being abused, do not ignore it.