A radiographer at Royal Derby Hospital had been praised by her colleagues for acting quickly and professionally in a potentially life-threatening situation.

Nicole Turner, Senior Radiographer, was contacted by a patient’s wife to say they were feeling unwell and nauseous.

The patient was receiving pelvic radiotherapy which would not usually cause these symptoms, so Nicole used her initiative to review the imaging done the previous day and noticed an abnormality which concerned her.

Upon finding these abnormalities, Nicole contacted the Consultant she was working alongside to raise these as a matter of urgency and bought the patient in for further assessment. The abnormalities showed that the patient had a bowel obstruction and was taken to surgery within just a few hours.

Dr Jessica Davies, who nominated Nicole, said: “Without Nicole's intervention, the patient may well have not presented to hospital until a later stage which could easily have been life-threatening.” 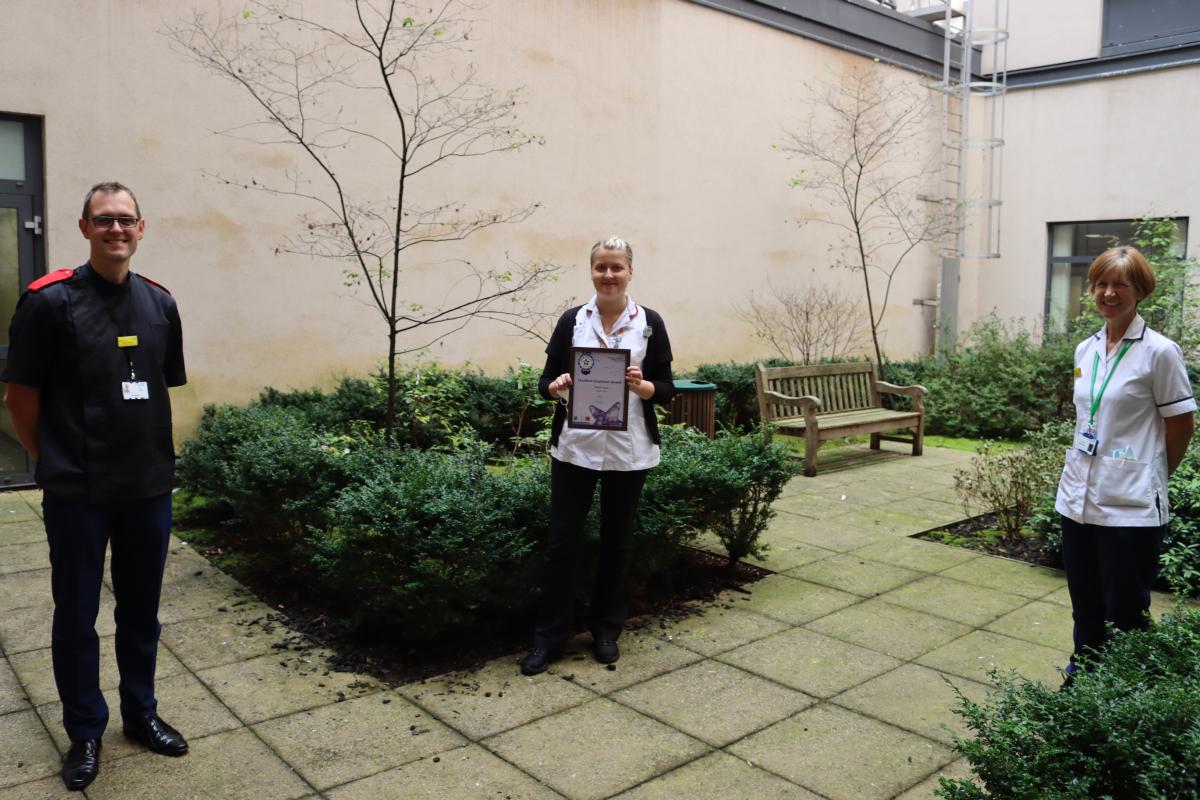 Grace said: “What you did genuinely saved that gentleman’s life, so well done, I’m really proud of what you did that day. This award is massively well deserved.”

Andy Proctor, Director of Quality, Clinical Governance, Risk & Compliance, said: “It’s a great acknowledgement when our colleagues nominate us. We all have a job and we all do stuff that is part of our roles, but actually, someone has clearly recognised the impact you had on them at that time and its lovely that they have taken the time to nominate you.”

If you would like to nominate a colleague or team for a Monthly Making a Difference Award, please let us know.

There are four monthly Making a Difference Awards categories:

You can send a 300 word nomination, along with the name of the team or individual, their job title and where they work, to: uhdb.employeeawards@nhs.net.