Porter, Jason Eccles and Senior Sister, Claire Eccles are celebrating 25 years working in the NHS – the roles that bought them together as husband and wife.

Jason has been a Porter at the Royal Derby Hospital for the past 25 years, joining the Trust in February 1996. Claire joined the Trust in September 1996, holding the post of Staff Nurse on Ward 5, Coronary Care after qualifying in March 1996.

Jason, 50, said: “I still enjoy my job 25 years later – it is the people that make the job worthwhile – when they are thankful and genuinely and appreciative for what you do to them.

“One of my favourite memories over the 25 years was taking a new mother back up to the maternity ward with her new-born triplets – she was struggling what names to call them and she said to me she’d name one after me because of how kind I’d been to her – I don’t know if she ever did, but it’s a lovely thought and a memory I look back on.” 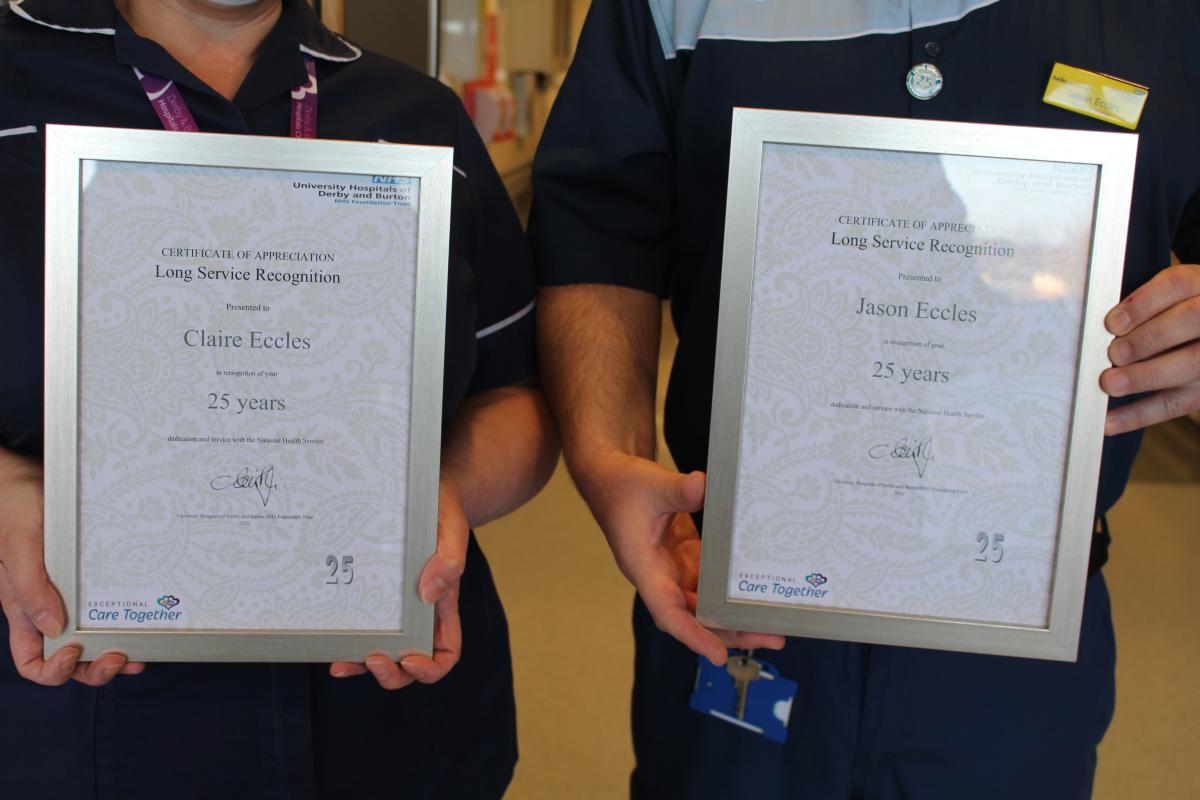 Whilst working in the NHS, Jason and Claire crossed paths on many occasions striking up a strong liking for each other, the pair started dating in 2009 after Jason left his number on a post-it note for Claire hoping that she would drop him a text. The love between them flourished from that initial conversation and they are now looking to celebrate their 10th wedding anniversary on Wednesday, 27 July 2022, which also marks a decade since the opening of the London Olympics.

Claire, 48, said: “25 years has flown by – I think one of my highlights is working with my patients – when you see them come in to the ward at their lowest and quite vulnerable, to see them walk out of the ward a stronger person and go back to their loved ones, that’s a real achievement.”

When asked about what they hope the future will hold, Jason replied: “Who knows what the future may hold – hopefully I’ll be working here – I enjoy what I do and I hope that I can keep doing what I do for as long as I can – next stop 35 years’ service!”