Teams across University Hospitals of Derby and Burton marked the service and sacrifice of the Armed Forces Community this morning at our annual Remembrance Day Service.

Over 300 colleagues attended Remembrance Day services across Queen’s Hospital Burton and Royal Derby Hospital, led by the Armed Forces Network, Chaplaincy Team and Executive Team, at 11am where a selection of poignant readings, prayers and poems were shared and all colleagues observed a two-minute silence together. 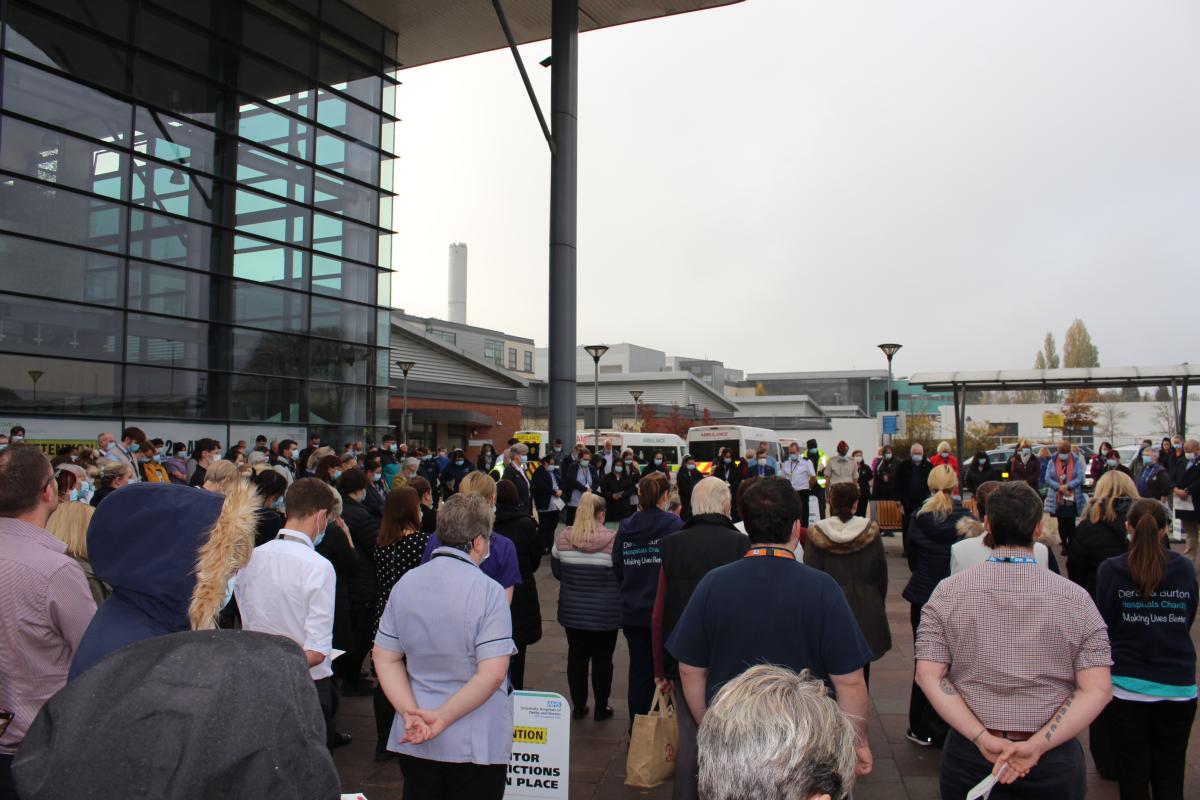 Colleagues were also encouraged to observe the two-minute silence across our other hospitals and those working within the community.

Tony Thomas, Porter and Driver at Queen’s Hospital Burton, played the Last Post to colleagues prior to observing the silence. Tony enjoys being able to play such an important and symbolic song every year during the week of Remembrance Day.

Jacob, a student at Royal Derby Hospital, also played the Last Post in front of the colleagues.

Alison Thorp, Chaplaincy Manager at Queen’s Hospital Burton, said: “Today we pay tribute to all who serve us in this way, but particularly those who have made that ultimate sacrifice and to those who have loved them. 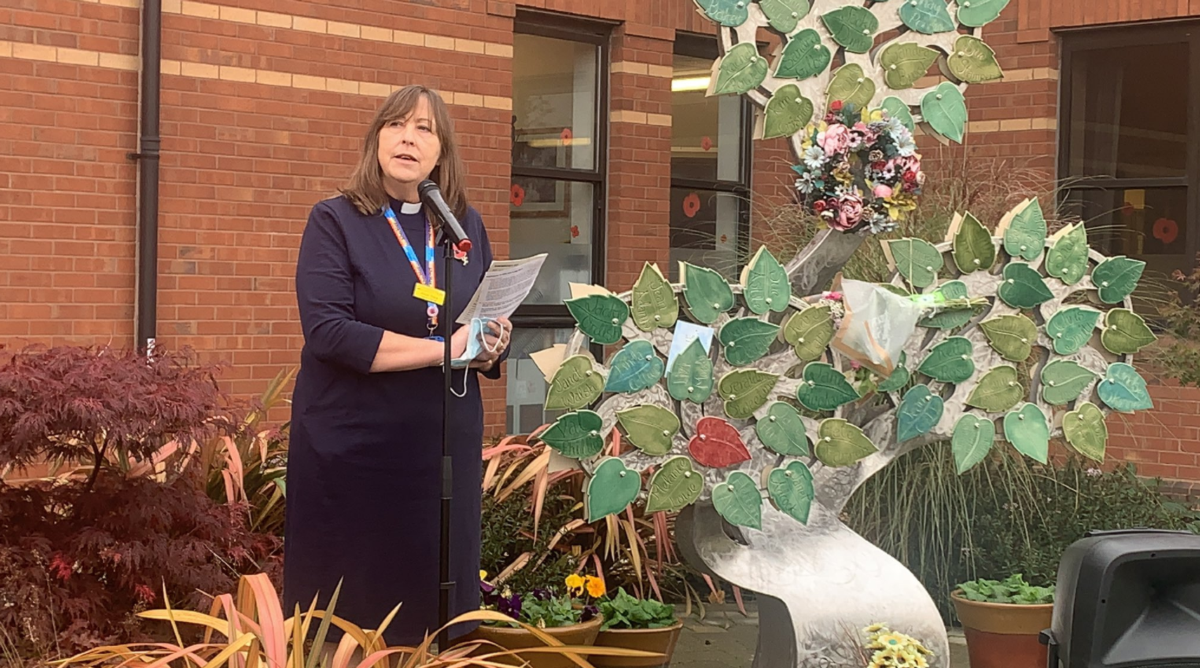 We give thanks for those whose minds and bodies have been scarred and wounded through their service to others. Help us to be a community that cares for their needs and honours the sacrifice that they have made.

“We stand together as people of many different backgrounds and beliefs: to declare afresh our commitment to peace and justice; to build a place where the vulnerable and weak might find strength and security; to continue to trust in the good of humanity and to play our part in that fulfilment, wherever we might find ourselves. 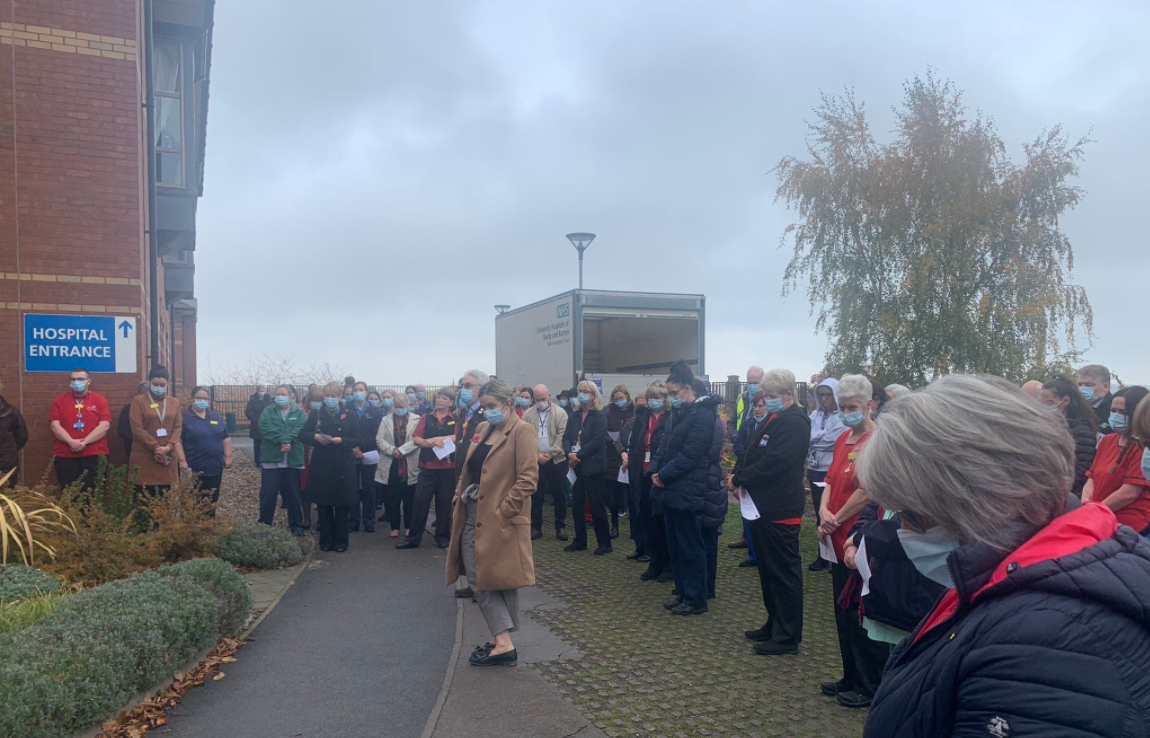 “It means a great deal to us all across UHDB to take this opportunity to unite in pausing together and paying tribute to those who have served and sacrificed to defend our nation.”

You can find out more information and support the Poppy Appeal this year via The Royal British Legion’s website: www.britishlegion.org.uk.