UHDB has been formally recognised with a new accreditation that has strengthened the Trust’s position as an ally to the Armed Forces community.

The Trust is proud to have such a strong working relationship with the Armed Forces and can count on veterans from the Military and reservists as valuable members of our workforce.

After further emphasising this support by re-signing the Armed Forces Covenant earlier this year, UHDB has now been formally recognised with ‘Veteran Aware’ status by the Veterans Covenant Healthcare Alliance (VCHA).

Dr Magnus Harrison, Executive Medical Director at UHDB, said: “We are exceptionally proud to have a strong relationship with the Military and count many members of the Armed Forces community as valued members of our teams. Military personnel, whether reservists, veterans, or their partners, play an integral part in the life of our Trust and wider communities, so it’s important that we are able to offer them our support.

“At UHDB, we have established an Armed Forces staff network to enhance the wellbeing of our colleagues and were honoured to re-sign the Armed Forces Covenant earlier this year. We are absolutely delighted to have seen our commitment to supporting our Armed Forces colleagues recognised with Veteran Aware status and we are keen to further strengthen these relationships, going forward.”

The Trust is one of 75 others in England to have now been awarded this accreditation by the VCHA, which is a group of NHS providers committed to providing the best standards of care for the Armed Forces community, based on the principles of the Covenant.

The Armed Forces Covenant is a promise by the nation to ensure that those who serve in the Armed Forces, and their families, are treated fairly, and that care for veterans is improved, while at the same time raising standards across the NHS for everyone.

VCHA Regional Lead David Wood said: "There are eight standards Trusts have to meet to be formally acknowledged as Veteran Aware. These are rigorous and range from compliance with the Armed Forces Covenant, to Trust’s identifying and recognising veterans and signposting them to appropriate care.

"UHDB’s Armed Forces network was already strong, and the Trust clearly demonstrated their ambition to develop a 'Veteran Aware' culture. The leadership team is fully supportive, and there is now a specific awareness that should result in better care for veterans - and ultimately, everyone else too." 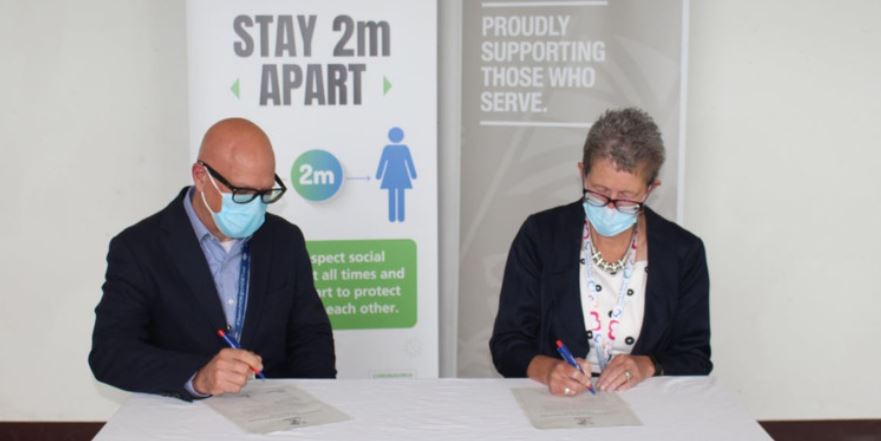