A UHDB senior nurse has received a special award for going above and beyond for her colleagues and returning to work in our Intensive Care Unit throughout the Covid-19 pandemic. 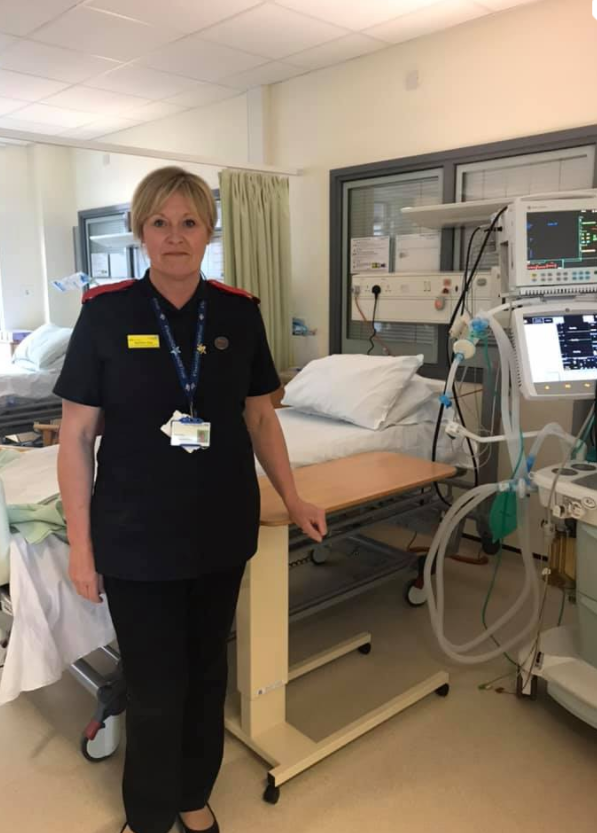 Barbara Day, Head of Professional & Practice Development, was presented with the Trust’s Excellent Employee award after being nominated by a number of her colleagues who praised her excellent leadership and support that she had provided to them and to other departments throughout the pandemic.

One of the nominations read: “Barbara was one of the first to update her skills and return to our Royal Derby Intensive Care Unit to support the team and patients. Whilst working on our ICU, Barbara frequently returned to her team in Learning and Development to support them with the on-going changes and the rolling out of significant amounts of up-skilling training to the wider organisation.”

In addition to supporting teams across Team UHDB, Barbara also 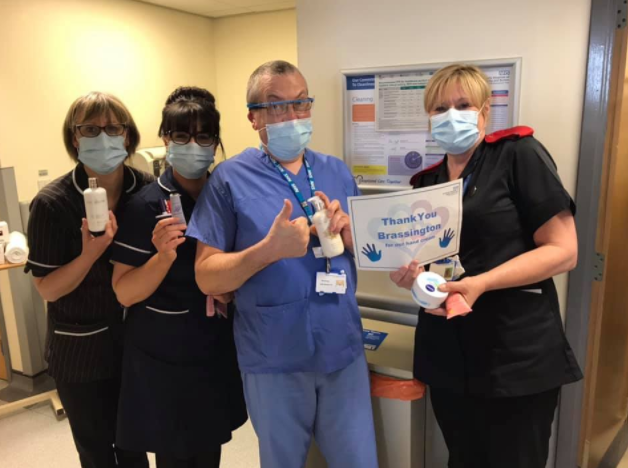 launched into getting support for the Trust from her local village. Barbara had tubs and baskets at the end of her driveway collecting hand creams and other useful items for those staff working on the frontline and was at the same time collecting food for delivery to the food bank in Derby, which she delivered on her day off.

Cathy Winfield, Executive Chief Nurse at UHDB presented Barbara with her award to thank her for the work she had done.

After being presented with the award, Barbara was incredibly emotional, she said: “Wow this is such a shock – I totally did not expect this. Thank you so much.”