Stillbirth rates at UHDB have fallen to their lowest level since the creation of the Trust two years ago and are now below the national average - thanks to the dedication and commitment of our maternity teams and supporting departments.

These improvements come after years of hard work to ensure that expectant mums and their babies are given the best possible start together. Reducing stillbirths is a national priority for NHS England, and the aim nationally is to halve the rate of stillbirths from 4.7 per thousand to 2.3 per thousand by 2030.

UHDB is ahead of the curve, already out-performing this goal 10 years ahead of target. 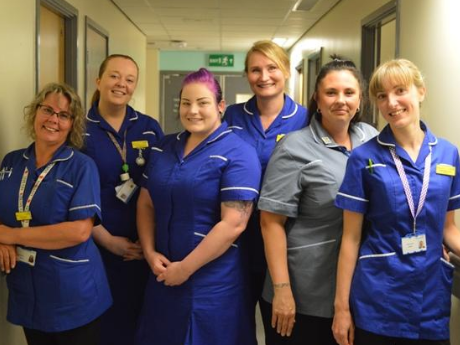 Both former Trusts began their improvement journeys before UHDB was formed in 2018 and focused on a culture of quality improvement, learning and informing and empowering women to understand their bodies and their babies during pregnancy

Jane Haslam, Director of Midwifery at UHDB, said: “A stillbirth is a tragedy which has a profound effect on bereaved families. We never lose sight of the tragic impact a stillbirth can have.

“We have undertaken lots of things to make pregnancy safer, such as working to identify smaller, pre-term babies earlier on in the pregnancy, analysing reductions in fetal movement and launching internal and external reviews of our processes to ensure our women and their babies are as safe as possible.

“We will never not have any stillbirths because sadly some aren’t preventable, but the assurance is that we review every case and learn whatever we can from it, even if it’s not directly contributed. It’s really important that we don’t just look at this data in isolation and instead focus on supporting all women through pregnancy to have healthy babies.”

Jane added: “When UHDB was formed, we bought together our skilled workforce and we’re proud to have achieved further improvements.” 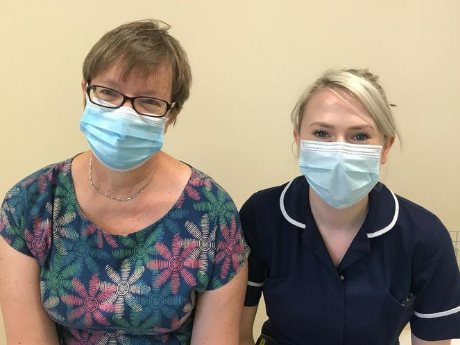 “Over the last 10 years, we have seen a gradual reduction in the rate of stillbirths and in 2019, no woman had a stillborn baby while being cared for at Queen’s Hospital Burton. For a Consultant-led site delivering more than 3,000 babies each year, this is an incredible achievement and one which we can all be very proud of.”

The situation was similar at Royal Derby Hospital in 2016, with the figures standing at 6.2 per 1,000 births.

However, thanks to the hard work of the team the rates have fallen dramatically in the last four years.

Lorraine Purcell, Head of Midwifery at UHDB, said: “We always strive to provide exceptional care to women during their pregnancy, delivery and once baby is born. We’ve built on the national ambition to reduce stillbirths and have introduced a continuous cycle of quality improvement, learning and changing things along the way to improve care.”

There have been many new ways of working and measures implemented across maternity sites in a bid to prevent stillbirths from occurring, ranging from simple interventions like ensuring women are kept well informed throughout their pregnancy about changes in and/or reduced fetal movements, developing an informative APP and issuing stickers and leaflets in different languages to help the team stay ‘ahead of the curve’ and recognise potential issues early.

Other initiatives, such as raising awareness of the impact of smoking during pregnancy and helping women to reduce or stop smoking, close monitoring of growth restricted babies and identifying pre-term babies, as well as empowering women to know what to look for and be comfortable in raising their concerns to the maternity team.

2. Continuity of Carer team at Royal Derby Hospital (taken prior to introduction of social distancing measures)