If you think you may have symptoms of Coronavirus >, follow the national guidance and self-isolate for 10 days. Please see our information on Coronavirus and changes to our normal services >. If you, or a member of your family has tested positive for Coronavirus, please find resources to aid your/their recovery on our Coronavirus - Supporting your recovery > page.

Staff at Royal Derby Hospital have made sure a stay on their ward didn’t put a dampener on birthday celebrations for a popular patient as he turned 100.

Staff on Ward 311 decided they had to help mark the milestone birthday of patient Harold Glover after his party with family and friends had to be cancelled due to his hospital stay – some family members had travelled from as far as New Zealand. The staff clubbed together and helped the family to arrange a celebration on the Ward, including cake, balloons, presents and a visit from friends and family.

One of his daughters even arranged for Harold’s telegram from the Queen to be delivered to make sure the occasion was marked in traditional fashion.

All four daughters and a group of his grandchildren were just some of the few that attended the celebration. We spoke with some of them about the birthday boy’s secret to hitting 100.

“Knowing the right time to turn off the hearing aid” one of the four daughters said.  “He also worked as a gardener and owned three allotments at one point in his life; I think that has held him in good stead.”

Harold was born in 1920 and has lived in Castle Donnington for the majority of his life. He has worked as a gardener, a decorator and as an engineer throughout World Ward 2.

Harold’s eldest daughter Alison said, “We’re so grateful for all the staff on Ward 311 who have helped us arrange Harold’s 100th Birthday celebration. They are amazing. We were so upset when we had to cancel the party, but they have helped us pull out all the stops to make it a celebration to remember!” 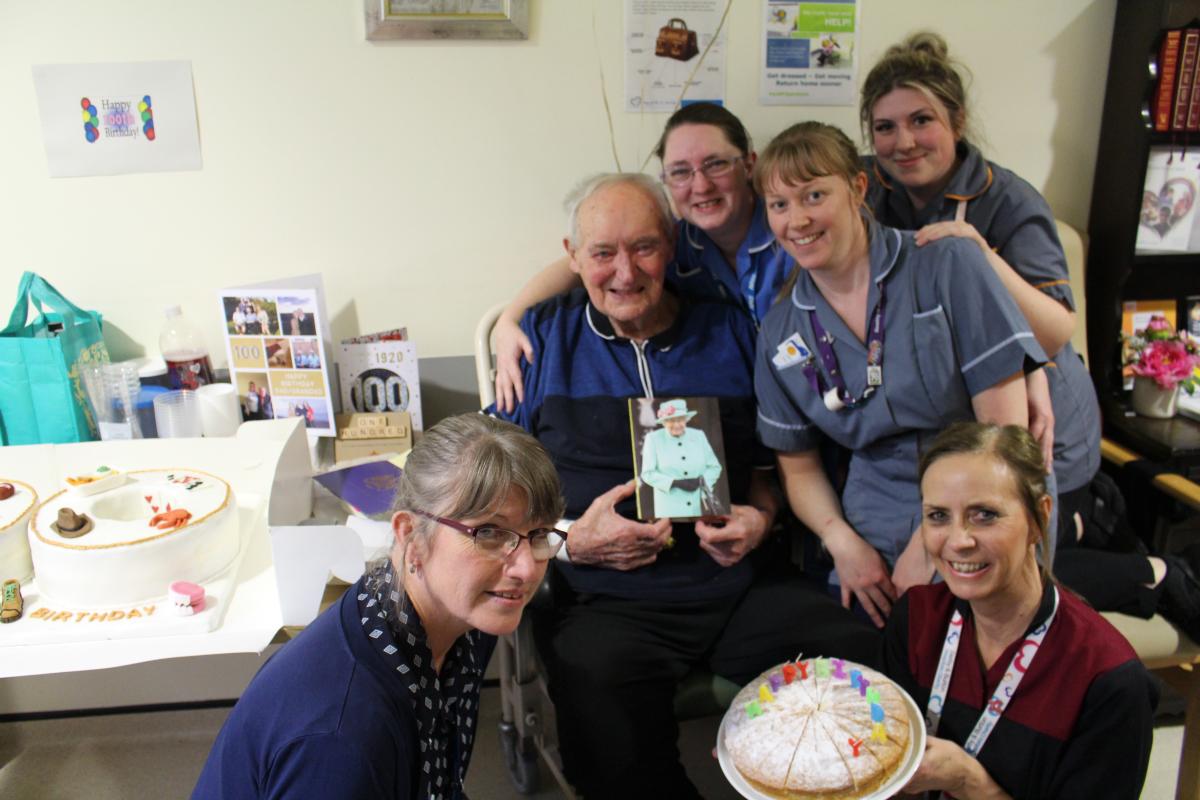